No. 3 from The Howgill Fells

My next ride saw me head north towards the village of Ravenstonedale, about a mile from base.

Downhill, with the wind - oh what joy!

A few hundred yards shy of my destination I encounter Mr Slightly Ratty. He is a less irritable relative of Mr Angry. To start with he had a tooth missing, as do I. However, his is front and centre and obvious. Mine is tucked away at the back where I can store peanuts.

He is the kind of guy who is prepared to talk to a stranger and exchange stories. In fact, as I approach he makes a minor move into the road, as if to invite conversation. My tales are usually light-hearted, as they are today. He smiles politely before starting a yarn of his own. His stories start off alright, but they soon degenerate into a bit of a rant against something or other.

For example, he speaks of the fells and local towns and villages with passion. He is a keen walker himself, pointing out distant hills he has conquered. However, before long he ends up spitting and frothing about second-home owners wrecking communities. With some justification I must add. 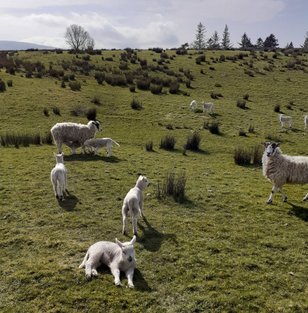 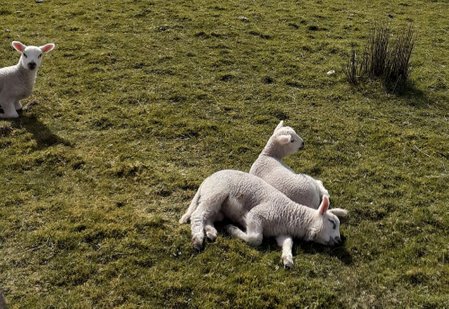 It's a tough life

His conversation imitates the terrain, switching between gentle rambles and savage hikes. It’s like he climbs a hill, gathering frustration as he goes. At the summit, he looks over the edge, a pressure cooker at full steam, eyes wide in a manic, unfocussed stare. He launches himself down the slope. Building up speed, he wails with increasing fervour, a madman on the very limit of control. Reaching the run-off area at the bottom, the storm abates and he is once again a man walking his dog in a bright green valley full of sheep. But he’s eying the next fell.

He’s like a knight of yesteryear atop his charger, in full armour, lance at the ready, psyched up, ready for murder. Then along comes old porky on his electric bicycle and the Ratty the Knight begins his charge……

(charge, huh, I just realized what I did there).

In my verbal joust with this rampaging horseman, my best weapon is my silky tongue (scant defence indeed!). I try and mollify him by changing the subject. He speaks with a pronounced Essex accent so I ask him how a southerner has ended up in deepest Cumbria.

‘Southerner!?’ he spits, ‘I’m born and bred Cumbrian, as were my parents and grandparents.’ He explains in his Billericay accent that he went south to make some money. However, he retired at forty-six after the doctor told him that his job as a salesman, with all the inherent hassle of inner London as a territory, would kill him sooner rather than later. So, like me, he wound down commercial activities to the point where neither of us can afford to get our teeth fixed. So, instead of dying in a car smash on the M25 after a heart attack, he returned to his roots with a southern accent which he can’t shift. He’s been back at least ten years, so the change of location has worked. If he could just control his mood swings, he might lower his blood pressure a bit too.

I tell him that some of my family had moved into the area. Not second homeowners, I stress, but full time living and working folk. He doesn’t look too impressed with that so I change tack and say that the lambs are beautiful. I’d taken photos, close up, of beasts that could only be a day or so old.

‘Bloody vegetarians,’ he mutters, ‘they’re everywhere these days. They’ll be the death of sheep farmers.’

That is an oblique response to a cheery subject. Time to go before he finds out I don’t eat carbohydrates. Conversationally, we never know where that might lead!

So, we part company. Mr Slightly Ratty in a vegetarian-induced seethe, me with a smile on my face, because I’m in an idyllic corner of England.

One feature of the area is the light-coloured dry stone walling that defines the fields. I believe the walls hereabout are a type of limestone. I did ask Mr Slightly Ratty, but he obviously didn’t know, he avoided the question by firing off on an ill-tempered tangent. I discover later that limestone is certainly one of the stones used in walling in Cumbria. But, due to the complex geology of the area, numerous different types of stone are used, which also require different building techniques. When the morning sun shines, the contrast between the rich, green, spring grass and the white walls is quite breathtaking. There’s a purity about it.

One advantage of a bike is that I can see over the walls. Just out of the village, in a field, among the ewes and their lambs, I see a hare standing close to a curlew. Before I can disentangle myself and get the camera phone organised, the hare and the curlew are far away (The Hare and the Curlew, could be a poem eh?). They’ll be somewhere near Windermere, one on foot the other by air. So as not to cause offence to the sheep, who are looking a bit bemused, I reel off a few snaps. Mother looks at my helmeted bonce peering over a wall and decides to lead her young up the hill out of harm’s way. I have some way to go to be accepted here.

There are few houses outside the villages, most of them working farms. But there are plenty of stone-built barns and shelters awaiting a brown envelope in the appropriate planning officer’s pocket.

From an initial impression, I’d love to live here, but I would hate the landscape to be spoilt by the likes of me. A rural dichotomy indeed. 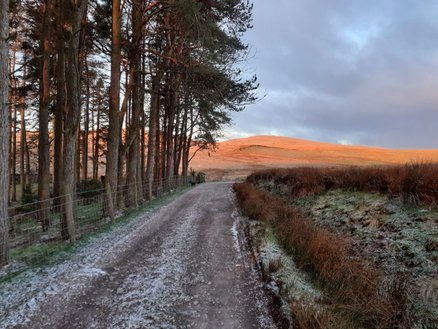