The Ωmega Legacy is the second book in The Thistledean Trilogy.

The books are based on Sandy Mason's journals discovered by his nephew, Jake after he inherits his uncle's apartment. Jake subsequently publishes and narrates the story.

Thistledean is a town in Northumberland, Northern England. Its people are quirky and fun but Sandy is unwittingly drawn into something formidable.......

In the hush of the church Sandy is the only earthly witness to the man’s confession. He’s unwittingly introduced to Ωmega, a select fraternity who are offered the chance of atonement in their dying days.

Having confessed, the man straddles the frontier between life and death unsure whether he’s relieved or terrified before taking that final step into the dark. Soon he will meet the deity who will decide his eternal fate but Sandy will be left alone with a wretched secret.

As the man tells his story for the last time Sandy learns of a series of brief, brutal collaborations. He knows Ωmega is utterly immoral yet he can sympathize with the ruthless logic behind it. He falls increasingly under it’s influence until he’s pinned in a dark corner where ultimately he begins to question his own sanity.

The first book in the series is called Twice Removed. It recounts the first two years of Sandy living in an apartment in town after he sold his family farm up in the hills. We meet his close friends and some quirky characters. In particular we meet Julia with whom he develops extraordinary friendship. Sandy helps her unravel her past but they find her history is pervaded by some ruthless people and they find themselves in danger. This part of the story has a disturbing denouement.

Sandy was badly affected by what happened and felt he needed time to re-set. He set off on an open-ended sabbatical that ended up lasting five years.. Although that trip is not recorded in any detail, he did recall, ‘I had a huge stroke of luck early on when I ran over a dog. Nothing too serious thankfully so I had the dog repaired (at some expense). We bonded, I adopted him and we became best of pals. We met at a time when we both needed a friend and cherished our travels together’.

Thistledean nestles against the moors of Northumberland in the far north of England. It’s a place that keeps the modern world at arms length by drawing up it’s metaphorical drawbridge. The community is presided over by an eight-person committee known colloquially as The Junta. It is made up of local towns-folk who preserve the town’s comfortable, old-world ways. The good folk of Thistledean fiercely defend their right to shun chain-stores and cardboard coffee.

The town is home to an assortment of interesting characters who tend to meet in The Black Bull, the town’s one remaining pub. They meet, share a drink and are mildly rude to one another, as friends often are. 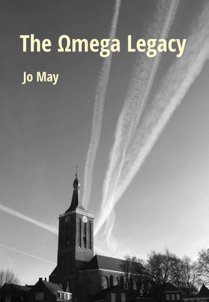 for a peculiar prelude to