Time I taught you something interesting about where we lived in Belgium.

At least, I hope it's interesting.

We were in a town called Diksmuide, specifically on our boat on the River Yser. The river snakes north west, from Diksmuide to Nieuwpoort, where it discharges into the North Sea. You can see the geography on the map below. 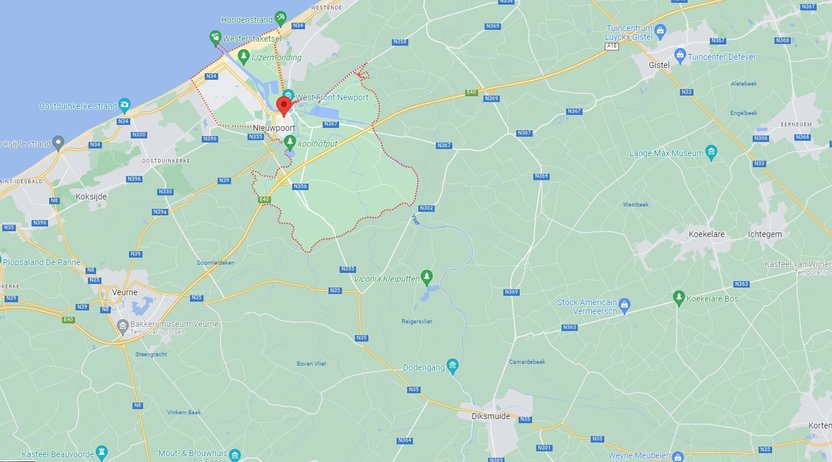 But it's not quite as simple as 'discharging into the sea'.....

All along this coastline, from The Netherlands through Belgium into Northern France, there is a constant battle with water. The general topography is very flat and pretty much at sea level. In fact, substantial areas, particularly in The netherlands, are actually below sea level. The battle therefore is keep the North Sea out while simultaneously getting rid of water from inland. It rains a bit up here! So, how do they do that?

Let's take the River Yser as a representative example.

Fifteen kilometres inland in Diksmuide, we could tell when the sluices had been opened because the river flow increased substantially. It was rather unnerving at first, particularly after heavy rain when there was lots of fresh water about! 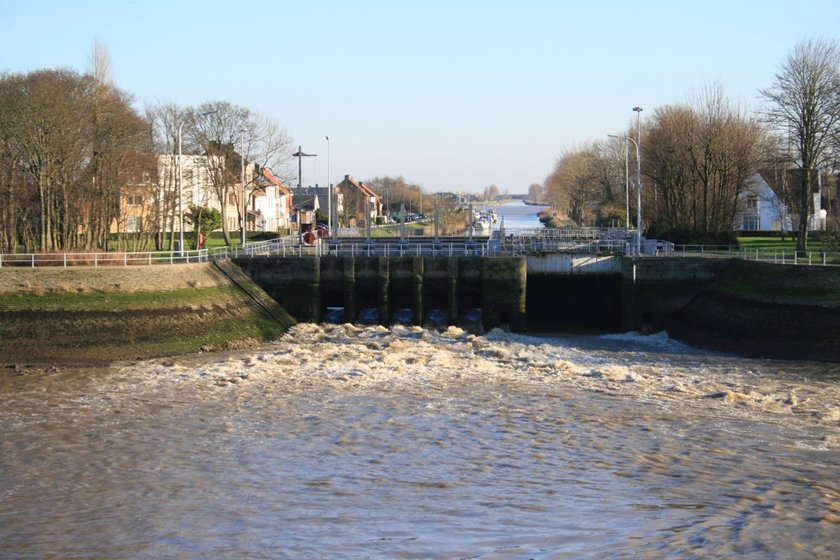 In the First World War, this area played a crucial role. During the Battle of the Yser in October 1914 (part of what was known as 'The Race to The Sea') success of the allies was far from guaranteed as the Germans pushed towards Nieuwpoort. The area between Diksmuide and Nieuwpoort was criss-crossed with trenches and battlefelds. Pretty much a hell on earth to be honest. I used to walk the dog and during the winter saw first hand the cloying, filthy mud the soldiers from both sides endured.

It was crucial that the Germans didn't make further inroads south and west towards The English Channel so, in an effort to halt the enemy advance, on the 25th October King Albert gave permission to flood the polder between Nieuwpoort and Diksmuide. At high tide, the River Yser's sluice gates were opened, water flooded in, and the German forces were literally washed out of their trenches. This of course is a much simplified version of events, the whole thing is fascinating and worth further research. Here is an account if you'd like to look.

The mouth of the River Yser is one of six waterways that comprise the complex of sluices is called (De) Ganzepoort, or Goose Foot. It's fascinating to see first hand how it all works. By means of these sluices, water levels can be controlled in various sections of the surrounding area.

The map below shows why it got it's name of Goose Foot. 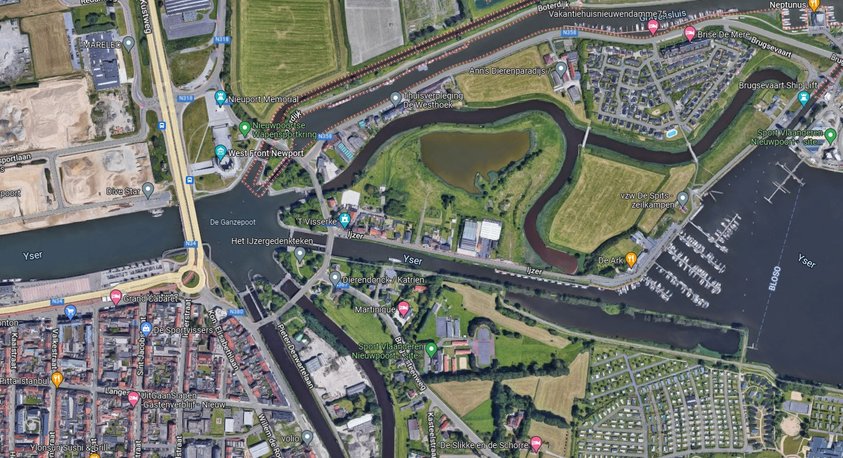 Adjacent to the sluices of Ganzepoort, on the west bank of The Yser is the magnificent King Albert Memorial. Constructed in 1938, it is dedicated to King Albert 1 and Belgian troops who fought during the First World War.

Below you can see Albert on horseback within his 30m diameter memorial. 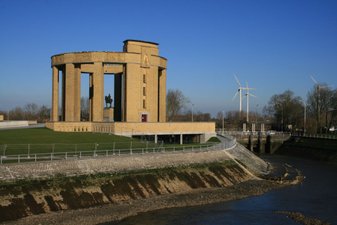 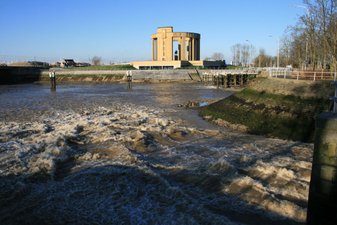